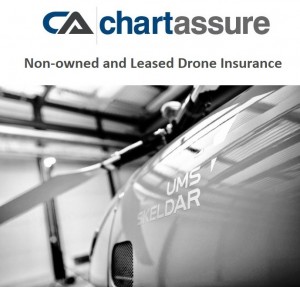 Corporate Non-Owned UAS and UAV Liability Insurance provides coverage to companies or individuals that use UAS and UAV that they do not own and that are operated by third parties such as hired commercial operators. These exposures are primarily contingent liabilities where the user does not employ the crew and is not directly involved with the operation and maintenance of the UAS, UAV, Drone or RPAS.

Non-Owned Hull and Liability for UAS and UAV

What are some examples of non-owned UAS and UAV exposures?

How likely is it that there will be protection under the owner’s policy for a “non-owned” user or customer?

It depends on your connection to the UAS owner, whether there are adequate limits, what the owner’s policy says about protecting you, the use of the UAS, etc. Are you an organization responsible for hiring the UAS or UAV flight? If you are responsible for arranging or operating the flight, you most likely do NOT have protection.

Why wouldn’t the UAS or UAV owner’s insurance policy protect me?

As stated above it may. Most policies extend protection under the liability coverage (bodily injury and property damage) to permissive users or to entities responsible for the operation but only for liability of the Named Insured (operator) and not for their own liability or negligence. Additionally, such extensions generally do not apply to damages to the aircraft itself but only to bodily injury and other property damage.

How can I know if I am protected under the UAS or UAV Owner’s insurance policy?

You can’t know for sure unless you read and understand the owner’s policy. Some policyholders may not be sure about who is and who is not protected in their own policy. Some have confused being a permissive user, customer or an approved pilot with being included for liability insurance protection. Such may not be the case, especially for persons working in commercial aviation or the business of arranging UAS or UAV flights on behalf of others.

Can I buy my own insurance to apply when I use a UAS or UAV that I do not own?

Yes, if you qualify. Coverage is generally available for all uses:

Corporate Non-Owned UAS and UAV Liability Insurance policies can be broader in the types aircraft covered provided they are only operated by pilots furnished by the aircraft owner such as hired UAS and UAV aircraft. With hired UAS and UAV aircraft, the exposures are mainly contingent liabilities since the customer is not directly involved with the operation and maintenance of the UAS. If the operator or pilot is an employee of the corporation being insured, coverage may still be available, but would be rated in accordance with the pilot’s experience and may be limited to certain UAS types or models.

Personal Non-Owned UAS and UAV Liability Insurance is usually limited to specified types of UAS with which the individual has substantial experience flying.

What if I own a UAS or UAV, have insurance for it, but occasionally use someone else’s aircraft?

It should also be noted that the “Use of Other Aircraft” provision may not extend to cover damage to the aircraft being operated. Further, coverage would not apply to any aircraft that the named insured owns, in whole or in part, or that is rented or leased for more than a short period, seven to 30 days.

Most UAS and UAV insurance policies have a provision for extending liability coverage to apply to a temporary substitute aircraft. This coverage applies when the insured aircraft is down and out of service because of breakdown, repair, servicing, loss or destruction and another aircraft is used as a substitute.

What is “Non-Owned Hull” insurance?

It is a confusing term that could be misleading. It has been occasionally misunderstood as being physical damage (“Hull”) coverage on a non-owned aircraft. It is not. Actually it is provided as an exception to a typical property damage liability exclusion. The exclusion eliminates protection under Property Damage Liability insurance for damage to property belonging to others but which is damaged while in the care, custody, or control of the insured. The so called “non-owned hull” insurance sets aside this exclusion and makes coverage available for property damage liability arising out of damages to a non-owned UAS or UAV. This coverage is more properly referred to as “Liability Coverage for Damage to Non-Owned Aircraft.” Since the phrase “non-owned hull” is not as wordy, it is often used when discussing this coverage, even by insurance professionals.

Yes. And when they do occur, they tend to be very complex especially when interchange becomes part of the equation.